The European TOICA project intended to radically improve the way thermal studies are performed within aircraft design processes. Its goal was to create a platform for collaborative modeling and simulation of the thermal behavior of aircraft airframe systems, equipment and components. The resulting overall thermal aircraft architecture is developed and exploited in a Behavioral Digital Aircraft environment that is designed to the needs of thermal architects and experts. 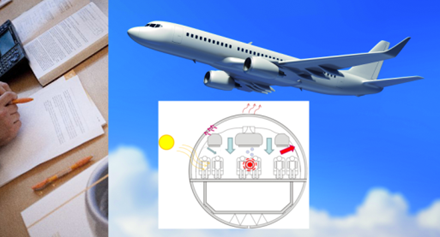 The efficient treatment of thermal energy on board plays a significant role in the design of future aircrafts due to higher heat loads caused by in-flight entertainment systems, new electrical driven power and actuating systems, use of composite materials and last but not least environmental targets to reduce the fuel consumption and emissions. This challenging task can only be achieved by an integrated approach for modeling and simulation of the interaction between all systems. An according tool chain will be developed in this project.

XRG was part of the project consortium consisting of 32 organizations and worked on advanced methods for zonal modeling of aircraft compartments. The XRG goal was to derive efficient models displaying the thermal behavior of air spaces inside the compartment. For this purpose XRG has used suitable model reduction techniques for both 3D (CFD) and 2D/1D (Modelica) approaches. The outcome results in parametric models for fast simulations.

The research leading to these results has received funding from the European Union Seventh Framework Program (FP7) under grant agreement No. 604981. The project started in Sep. 2013 and ended in August 2016.

This text reflects only the author’s views and the Union is not liable for any use that may be made of the information contained therein.